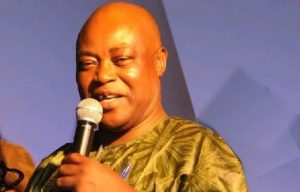 A chieftain of the All Progressives Congress, Eze Chukwuemeka Eze, on Friday, said the main opposition party, the Peoples Democratic Party has lost its relevance in the south-east following the defection of Ebonyi State Governor, Dave Umahi to the APC.

“I have watched with utter disbelief and nostalgia the macabre dance by some PDP bigwigs since Engr. Dave Nwaze Umahi, the Executive Governor of Ebonyi State and South East Chairman of Governors Forum decided to join forces with the ruling party at the centre, the All Progressives Congress, (APC) in order to give political direction to Ndi Igbo.”

“By his defection to the APC, Governor Umahi, has proven that he is politically ahead of his peers and especially, considering his developmental strides in turning Ebonyi State, a once neglected and underdeveloped State in Nigeria into the most developed State in the country”.

He called on the PDP to go back to their drawing board to under where the problems affecting the party emanated from and attend to it rather than making false accusations.

Eze further stated that the infrastructural revolution ignited by his administration in Ebonyi state played a role in the defection of Umahi from PDP to the progressives party.

He accused the opposition party of trying to distract the Ebonyi State Governor from his determination to make the difference in governance.

The APC chieftain added that the smear campaign and spurious allegations embarked on by the PDP will yield them no results.

“If they think that the only solution to their litany of problems is to continue to raise unsubstantiated allegations against an Apostle of God who detests campaign of calumny and all forms of actions that contradict acceptable standard of human behaviour, then their efforts must be exercises in futility”.

Naija News reports that the Nigerian leader had asked elites and critics of his administration to judge his performance with fairness and equity.

He made this known when he received the Executive Secretary of the Nigeria Christian Pilgrims Commission, Reverend Yakubu Pam, at the State House in Abuja on Thursday.

But in a statement by its National Publicity Secretary, Kola Ologbondiyan, in Abuja on Thursday, the PDP asked Buhari to tell Nigerians some of his achievements since he became the President.