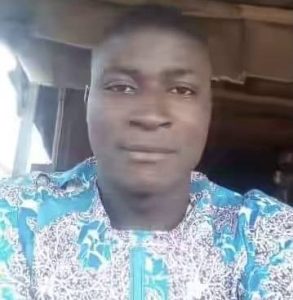 A member of the Oodua Peoples Congress in Ondo State, Adejuyigbe Daniel has been killed by gunmen suspected to be Fulani herdsmen.

It was gathered that the deceased was killed in Iju community, Akure North Local Government Area of the state.

Daniel was part of the search team organised to secure the release of a farmer, Solomon Akinmeji, who was abducted at Okeji farm settlement last Saturday.

It was disclosed that the deceased and members of the OPC formed a search team to secure the release of Akinmeji but Daniel during the search mission went missing.

A youth leader in the town, Ogundeji Ayodeji, while speaking on the incident, said Akinmeji was abducted by Fulani herdsmen last Saturday when he went to his farm, while some other people with him escaped with injuries.

“We discovered that one of us was missing on Tuesday and we returned to the forest only to find Adejuyigbe’s dead body in a tent erected by the criminals, blindfolded and with his legs and hands tied.”

Daniel’s body has been deposited at the morgue while the whereabouts of the abducted farmer is unknown.

The incident was confirmed by the spokesperson of the Ondo State Police Command, Tee Leo Ikoro.

Ikoro noted that investigation has commenced into the matter and detectives have been deployed to the forest.

This is coming after the Ondo State Governor, Rotimi Akeredolu, issued a vacation order to herdsmen in the state’ forest reserves.

He also banned night and underage grazing and the movement of cattle on the highways and within cities in the state.