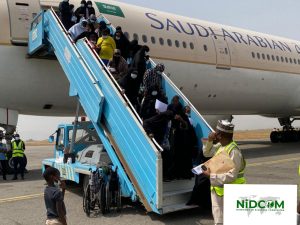 They arrived on board a Saudi Air Flight B773 at about 1300Hrs according to information made available to Naija News by the Nigerians in Diaspora Commission (NIDCOM).

They will join other returnees that arrived earlier and are currently undergoing quarantine at the Federal Capital Territory Hajj camp for 14 days in line with the reversed COVID-19 protocols by the Presidential Task Force on Covid-19.

See some of their pictures. 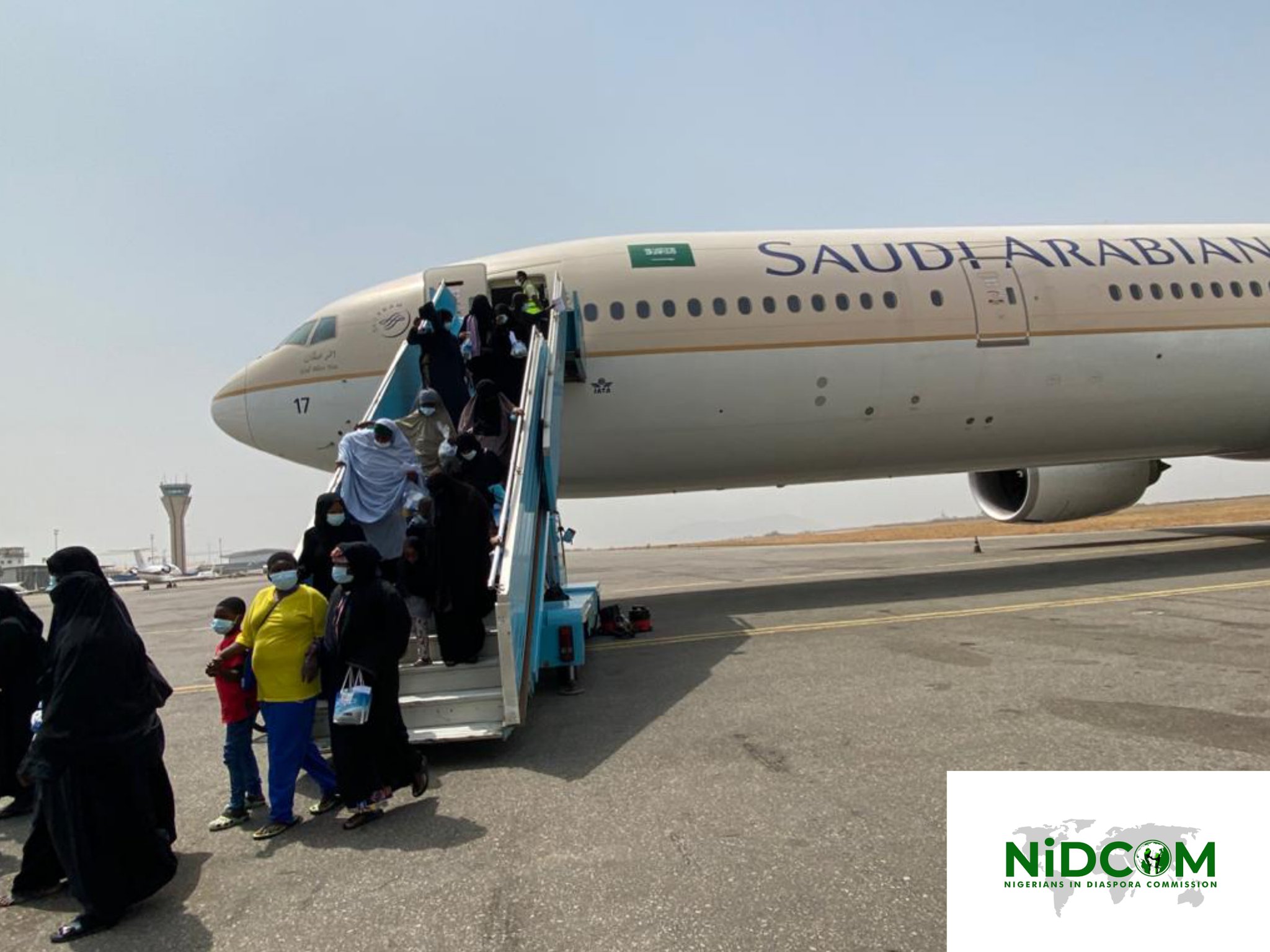 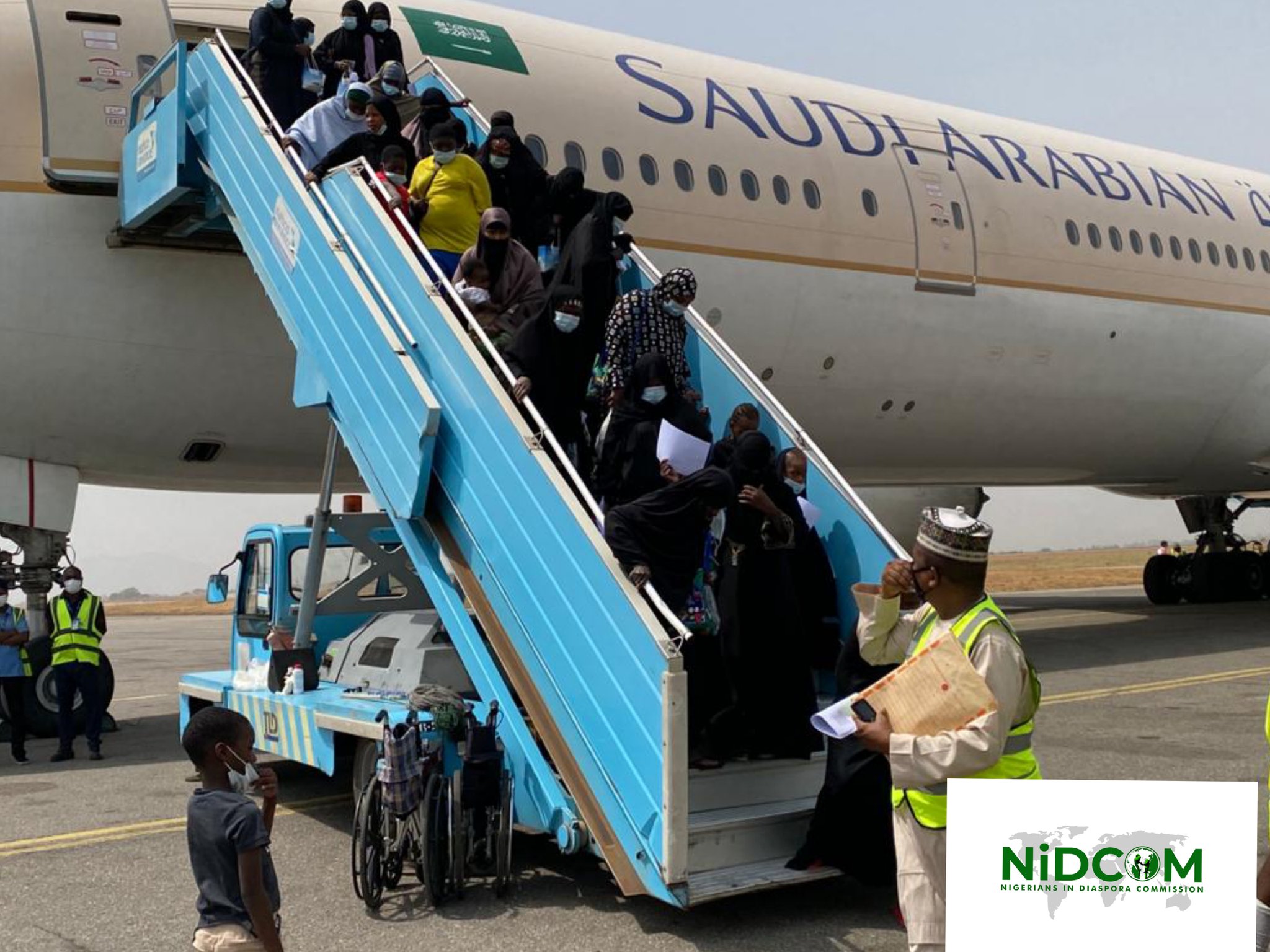 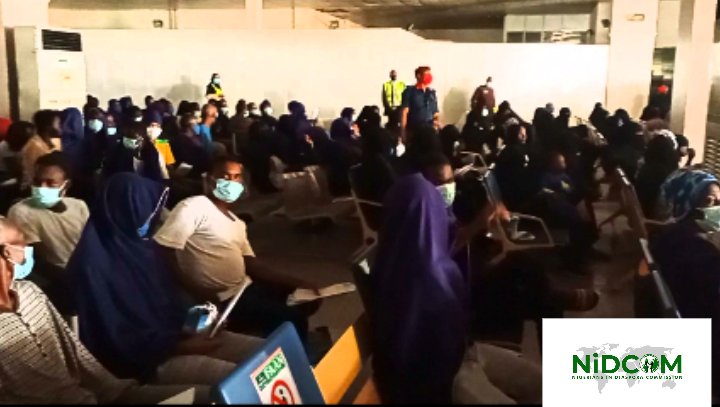 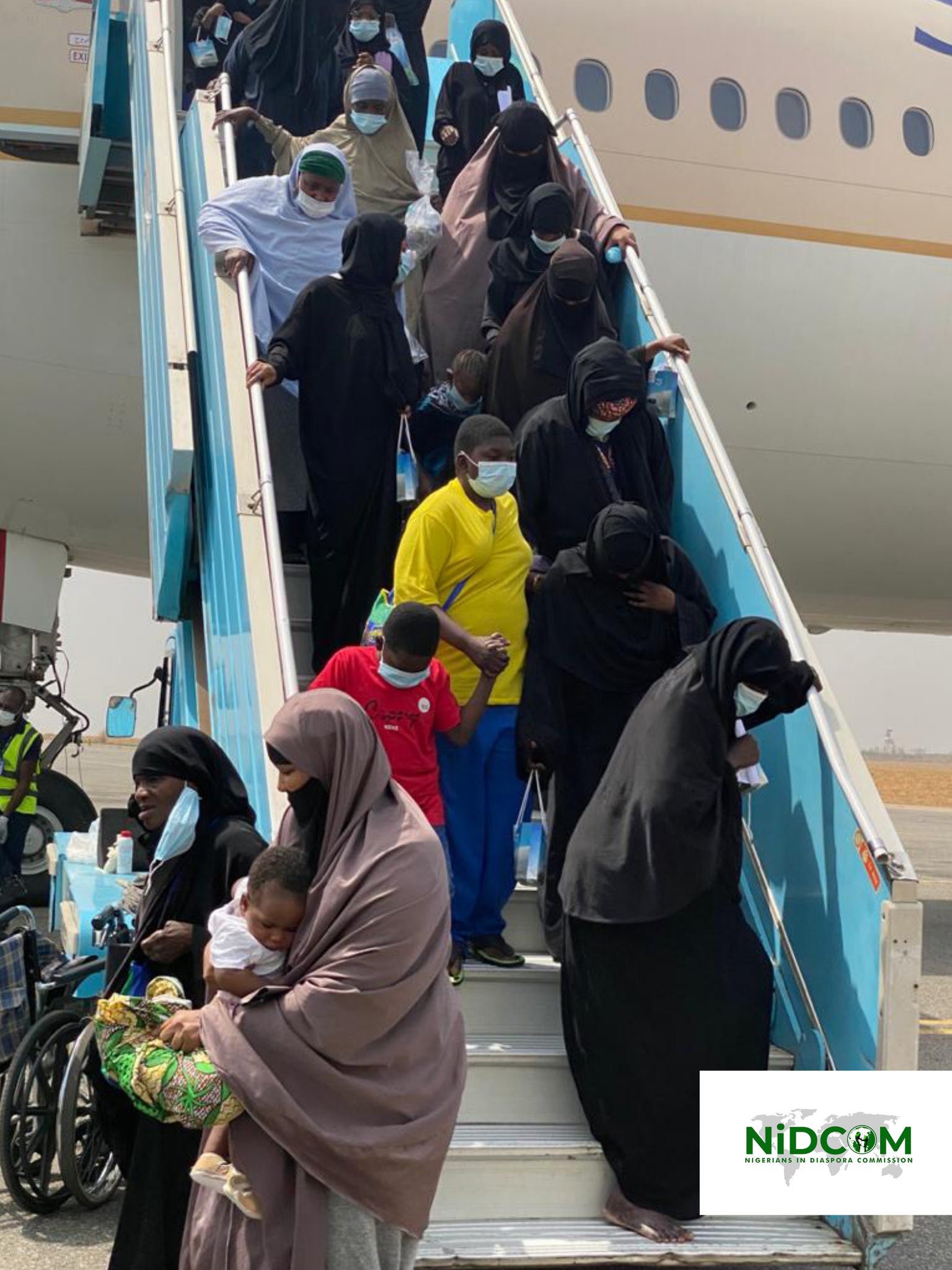 It will be recalled the federal government had announced that it would evacuate the 600 Nigerians detained in Saudi Arabia prison for expired visas.

The Chairman, Nigerians in the Diaspora Commission, Abike Dabiri-Erewa, who noted that they would be evacuated in batches of 400 and 200, said their evacuation was delayed due to issues relating to COVID-19.

Meanwhile, Nigeria has been excluded as Saudi Arabia on Tuesday released a list of 20 countries ban from entering the oil-rich nation in a bid to curb the spread of COVID-19.

Naija News reports that the interior ministry announced the “temporary suspension” would be effective from 9.00 pm (1800 GMT) on Wednesday, according to the official Saudi Press Agency.

The ban applies to neighboring Egypt and the United Arab Emirates, and in the wider region, to Lebanon and Turkey.

The Arabia country stated that diplomats and health workers coming from those countries will be allowed to enter the kingdom “in accordance with the precautionary measures”, it added.