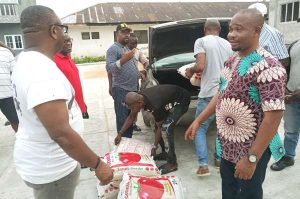 Members of the defunct Bakassi Strike Force who laid down arms in 2018 have received succor from the Ministry of Niger Delta Affairs.

The palliative was part of the 1,400 bags of rice distributed by the Ministry of Niger Delta Affairs through the Niger Delta Development Commission (NDDC) to cushion the effect of COVID-19 in Cross River.

A former Deputy Speaker of Crose River House of Assembly, Orok Duke, who is coordinating the distribution exercise in the state, said the ex-militants have been law-abiding and peaceful since they laid down their arms. 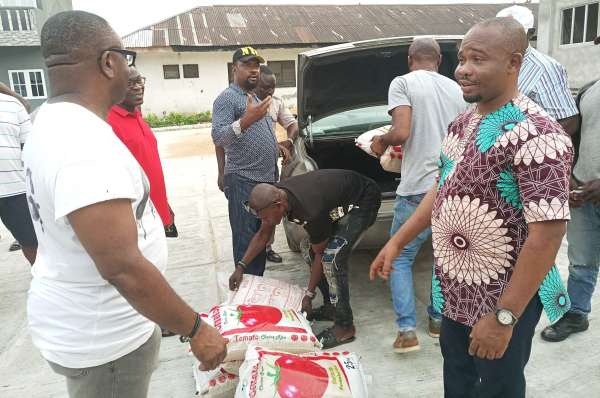 Duke, while distributing the rice to them in Calabar, said it was important to also capture the ex-militant by way of accommodating and carrying them along in such activities.

According to him, the 196 wards across the 18 Local Government Areas in Cross River have also benefited from the kind gesture of the Ministry of Niger Delta Affairs.

“Today, we have the last group, which is the ex-Bakassi Strike Force members who have disarmed and have joined the state amnesty programme and still waiting for the promises made to them to be fulfilled.

“The COVID-19 pandemic affected everybody and we are here to give them the little palliative to survive the pandemic in other to wait for the promises made by the Federal Government.

“We have brought this food for the ex-militants, and I will like to say that I was nominated by Sen. Godswill Akpabio to participate in distributing the palliative to as many groups as possible.

“Here we are, and this is our little token from the Minister of Niger Delta Affairs. Government at all levels and Non-Governmental Organisations should join in doing the same for the growth of the state and the country,” he said.

Receiving the palliative, Victor Benjamin, one of the Commander of the defunct Bakassi Strike Force, appreciated the effort of Senator Akpabio to recognize them in times like this when the world was being affected by the COVID-19 pandemic. 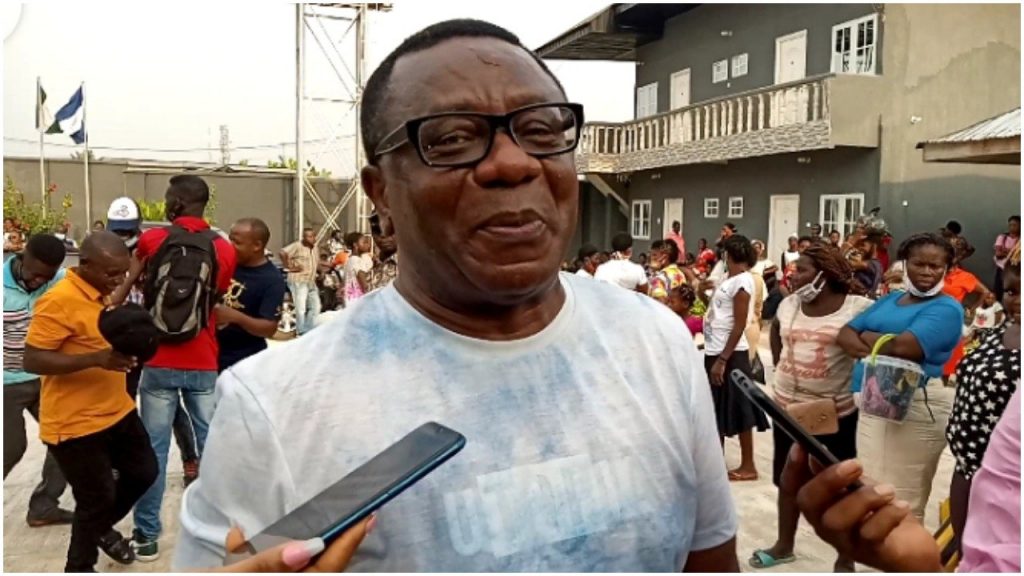 Benjamin, who spoke on behalf of the leader of the defunct Bakassi Strike Force, Benjamin Eneh, said the effort of the Ministry would forever live in their hearts.

“The Bakassi situation is a very sad one which needs to be arrested. We have decided to let go of our losses for the sake of peace but the Federal Government should take over the situation so that generations yet unborn won’t choose the path of armed struggle.

“We plead with our brother, the Minister of Niger Delta Affairs, to look into the situation also by helping us plead with President Muhammadu Buhari that the issue of Bakassi needs to be addressed accordingly.

“The amnesty that we did in 2018 was the initiative of the Federal Government in collaboration with Cross River Government, they promised to look into our situation and we voluntarily laid down our arms.

“Since that time till now, the stipend has not been paid and we have not been captured in the Presidential Amnesty Programme,” he said.