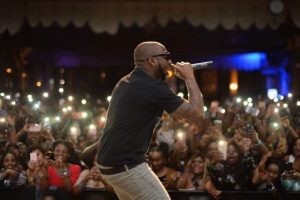 The renowned prophet disclosed during a chat with newsmen that he had spoken with the singer to come and perform at his church.

Naija News understands that Ayodele invited Davido and his crew to grace his birthday ceremony on February 14, 2021. The prophet revealed that the singer will be leading praise worship songs at the birthday ceremony which is scheduled to hold at his Church.

The event will have in attendance several dignitaries among which are United Nations delegates, African Union delegates, political bigwigs, traditional rulers, religious leaders, to mention a few, Ayodele revealed.

The prophet during his Humanitarian activities to his hometown in Ekiti on Wednesday, February 3, praised the governor for doing wonderfully well in the development of the state, most especially at the local level.