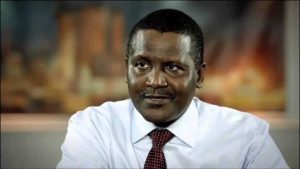 For the 10th time in a row, Dangote continues to be the leading investor in Africa, with a net worth of $ 12.1 billion and an increase of $ 2 billion over last year due to rising cement value.

The second richest man in Africa is Nassef Sawiris of Egypt, who owns shares in sportswear company Adidas.

There are two Nigerians in the list of Africa’s 10 richest people, with Glo CEO, Mike Adenuga in fifth place and Abdulsamad Rabiu of BUA in sixth.

Forbes magazine estimates that Africa’s 18 richest people are worth $ 4.1 billion, up 12 percent from last year.