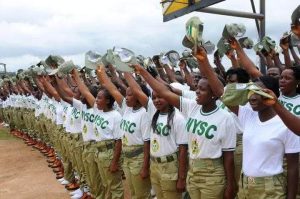 The National Youth Service Corps (NYSC) on Friday announced that the posting for 2020 Batch B Stream II Corps Members has been released.

The NYSC  Director-General, Brigadier General Shuaibu Ibrahim announced this during the sensitization webinar for the 2020 Batch B Stream II Corp Members on the safe reopening of orientation camps across the country.

He directed all affected persons to proceed to the NYSC website to confirm their state of deployment.

“I want to inform the prospective corps members that their postings have been released. They can go and check it right now,” the NYSC DG stated.

As previously reported by Naija News, the NYSC DG also announced that corps members are to report in camp as from 19th January as against the previously communicated 18th January 2021.

The corps members are expected to come with nose masks as full covid-19 protocols will be in place and observed.

Meanwhile, as part of measures targeted at curbing further spread of the coronavirus disease, the management of the National Youth Service Corps (NYSC) has banned religious gatherings on the orientation camps across the nation.

This is as it also announced a new date for the opening of camp for the 2020 Batch B Stream II Corp Members orientation exercise.

The NYSC Camp Safe Reopening Project Lead, Dr Oyeladun Okunromade, stated this on Friday at a sensitization webinar for the 2020 Batch B Stream II Corp Members.

Okunromade disclosed that corps members would resume in batches of 200 per day and they are expected to check the NYSC website/portal for their specific dates.