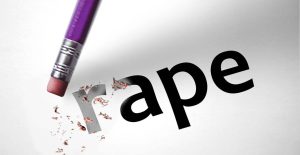 A secondary school vice-principal in Katsina has landed himself in trouble after impregnating a young girl of the same school he heads.

Reports have it that the culprit, Alhaji Ibrahim Tukur, on uncountable occasions after school hours take the 12-year-old girl to his residence where he had serial sex with her.

Naija News understands that Tukur is married to three wives but could not take his eyes off the young girl until he got her pregnant.

Reports from the Katsina State Police Command affirmed that the girl was delivered of a baby through a Caesarian operation.

Parading Tukur and other suspects with related crimes at the state police command headquarters on Wednesday, January 21, the state police spokesman, SP Gambo Isah, told newsmen that the Vice Principal was arrested on January 9, 2021, following a report on the incident at the Rimi Divisional Police headquarters by one Ibrahim Sani.

SP Isah said the school VP and other suspects with similar offences were arrested between 9 and 14 January 2021.

“The Vice Principal who is married to three wives used to take the girl from the school to his house where he had serial sex with her. As a result, he got the girl impregnated and she was delivered of a baby through a Caesarian operation,” said Gambo.