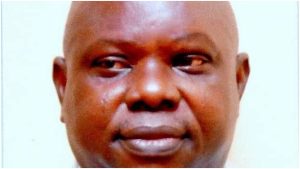 Former Assistant editor of The Sun, Kenny Ashaka, is dead.

Information gathered revealed that the journalist passed away on Wednesday after a prolonged illness.

The death of Ashaka is coming a few days after he lost his wife, Dorothy.

The former assistant editor joined The Sun in 2003 and headed the North West Bureau until 2008.

He was transferred to Abuja and later to Jos, Plateau State capital, as North Central Bureau Chief.

The deceased before his death was later promoted to Assistant Editor and worked at the Lagos head office.

He is survived by three children, Onome, Onoriode and Erezina, and three grandchildren.

A friend of the deceased, Asaju Tunde, wrote “Rest well my friend and brother. You fought a very enviable fight. May God comforts your family.”