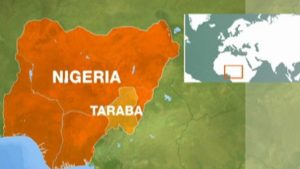 A joint operation by operatives of the Nigeria Police Force and the military on Saturday led to the rescue of twenty-five youths abducted by kidnappers along Wukari-Takum Road in Taraba State on Wednesday.

The development was confirmed by the acting spokesperson of the Taraba State Police Command, Reform Leha while speaking with Punch.

He, however, stated that the details of the rescue mission were sketchy.

An officer who was involved in the rescue mission noted that the operation took several hours in a forest along the Taraba-Benue border.

A relation of one of the rescued youths, Baba Muhammed, who spoke on the development, said there was development at Anguwan Rogo ward in Takum town where all the youths hail from after the news of their rescue was received.

“I can tell you that the abducted boys have been rescued by a combined team of soldiers and police from Benue and Taraba States.”

“We thank the Army, the police, and all those that helped in rescuing the Youths including the media for reporting the incident.”

The kidnappers had on Friday demanded a ransom of N52 million before the boys could be released.

It was gathered that a local councillor from Southern Kaduna and some others escaped from the abductors and ran through the bush.