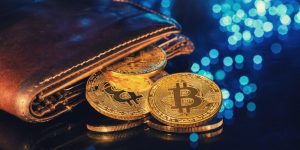 The Central Bank of Nigeria (CBN) on Friday directed banks in the country to shut down the accounts of cryptocurrency traders.

However, the Nigeria Government would not be the first to ban transaction in crypto as seven other governments have taken the same decision.

China’s central financial regulatory authority, placed a ban on all domestic and foreign cryptocurrency exchanges in the country in 2017.

The central bank of Bolivia in 2014 banned bitcoin and every other currency not regulated by states, countries, and economic area.

Morocco’s foreign exchange office and central bank prohibits the use of cryptocurrency for transaction in the country.

Bitcoin and other digital currencies are currently banned by the Ecuadorian government. The central bank of Ecuador also prohibits the buying and selling of cryptocurrencies through the internet.

Central bank of Iran in 2018, announced that it was  prohibiting all financial institutions, including banks and credit institutions from dealing in cryptocurrency.

The Bangladesh bank in 2017 issued a ban on cryptocurrency.

In 2017, Bitcoin and other cryptocurrencies became considered as illegal forms of financial tender in Nepal