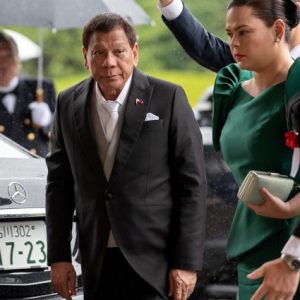 Philippine President Rodrigo Duterte says the presidency was no job for a woman because of their emotional differences to men.

The president said this on Thursday while reacting to speculation that his daughter, Sara Duterte-Carpio, would succeed him next year.

He said:“My daughter is not running. I have told Inday not to run because I pity her knowing she will have to go through what I am going through.

“This is not for women. You know, the emotional setup of a woman and a man is totally different. You will become a fool here. So… that is the sad story.”

Duterte is notorious for comments often deemed offensive, sexist and misogynistic, but his office typically calls his remarks harmless jokes. He remains hugely popular among female voters in the Philippines.

Daughter Sara Duterte-Carpio, who succeeded him as mayor of Davao City, came top in a recent opinion poll that asked the public to choose a preferred candidate from a list of possible contenders for the 2022 elections.