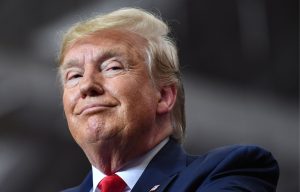 Social media platforms, Facebook and Instagram, have restored the official pages of US President Donald Trump, which were disabled on Wednesday, January 6, 2021.

The accounts, which were disabled over alleged inciting comments and falsehood, were restored in the early hours of Saturday, January 16.

Recall that Facebook and Instagram Chief Executive Mark Zuckerberg in a statement on Thursday, January 7, said the social media giants are banning President Trump for his actions.

He had said: “We believe the risks of allowing the President to continue to use our service during this period are simply too great. Therefore, we are extending the block we have placed on his Facebook and Instagram accounts indefinitely and for at least the next two weeks until the peaceful transition of power is complete.”

The tech giants each took the rare aggressive steps after a violent mob stormed the House and Senate Wednesday, forcing lawmakers into a lockdown and briefly interrupting their formal process to certify Joe Biden as the next president of the United States.

In failing to act until after the deadly riot occurred, Facebook, Twitter, and Google-owned YouTube have faced sharp criticism saying they should have done more, and sooner, to stop Trump from helping provoke the situation.

Facebook has cracked down on some of the most pervasive and violent conspiracy theories, including QAnon, and groups including the Proud Boys, a far-right group with ties to white nationalism.