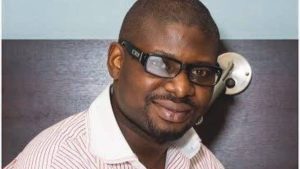 The senior pastor of Awaiting The Second Coming Of Christ Ministry, Adewale Giwa, accused politicians of being responsible for increase in security issues in the country.

The cleric stated this while reacting to the statement of Bauchi State Governor, Bala Mohammed defending Fulani herdsmen carrying AK-47.

Mohammed in his statement said the Fulani herdsmen carry AK-47 to defend themselves in the forests.

Pastor Giwa in a statement released on Sunday said: “Let Igbo, Hausa and Yoruba go, then, the senseless killings will stop. The federal government has failed Nigerians, it can no longer be trusted.”

“Politicians themselves are behind security challenges facing the nation. You could hear one of them saying there is nothing wrong with Fulani carrying AK-47.”

“What do you expect from a president when he himself rears cows? Most of the governors, Senators and other politicians in Nigeria hire herdsmen to breed or rear cows for them.”

“Have you asked yourself how they got AK-47 rifles they carry about? Do you know how much they sell it?”

Speaking when he featured on Politics on Sunday, a programme on TVC, Gumi claimed herdsmen took up arms to defend themselves against brutality since the government neglected them.