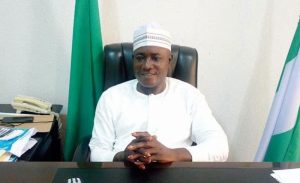 The lawmaker representing Doma South at Nasarawa State House of Assembly has dumped the Peoples Democratic Party for the All Progressives Congress.

Osewu and his supporters joined APC on Thursday at Doma LGA.

They were received by the state Governor, Abdullahi Sule.

“I want to assure you and your supporters of equal rights and other privileges like other members of the APC,” he said.

The Deputy Governor, Emmanuel Akabe who is also from Doma, expressed confidence that the development would strengthen the party in the area.

Osewu explained that he joined APC due to the achievements of the Sule administration.

Meanwhile, the Peoples Democratic Party on Thursday noted that it has not received any formal information from the former Minister of Aviation, Femi Fani-Kayode, about his plan to dump the party for the All Progressives Congress.

The spokesperson of the party, Kola Ologbondiyan, on Thursday said PDP can not act on speculations surrounding Fani-Kayode’s defection.