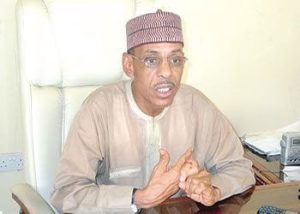 Pan Niger Delta Forum (PANDEF) has berated the Northern Elders Forum (NEF) for directing Fulani herdsmen to return to the northern region if their security can not be guaranteed.

Naija News reports that NEF Director of Publicity and Advocacy, Hakeem Baba-Ahmed, had asked the herders to return to the North due to the recent alleged attacks on them, their families, and communities in some states of the south.

But in a statement on Wednesday, National Publicity Secretary, PANDEF, Hon Ken Robinson, said the directive by the NEF speaks to their general disposition of arrogance and erroneous grandiosity.

The group, however, asked state governors, particularly of southern regions, and the people, not to be perturbed by NEF’s directive to herdsmen in the South.

The statement reads: “PANDEF implores the Northern Elders and their surrogates to get off the high-horse. And the sooner, the better, for the country, and all of us. Nigeria belongs to all of us, no section owns the country more than the other; we are equal stakeholders.

“Where was the Northern Elders Forum when arm-wielding herdsmen were killing, harassing innocent citizens, and raping women in their farms? “Northern Elders did not realize then that they were setting the country on a dangerous path.

“Meyitti Allah Cattle Rearers group has been arrogantly conducting themselves like “landlords” of Nigeria, without any demonstration.

“It is now that southern governors have begun taking appropriate steps to safeguard lives and livelihoods of their people, that Northern elders have found their voice in defense of the herdsmen.

“It is a pity that in a heterogeneous country like Nigeria, one ethnic group would make itself a content of crisis. “For goodness’ sake, cattle rearing is a private business; let those involved establish ranches, instead of taking over lands and terrorizing communities.

“The killings, kidnappings, and other criminal activities being perpetrated by herdsmen will not be allowed to continue.

“While PANDEF would denounce any attacks on innocent citizens, by any group, in any part of the country, it is important to emphasize that the prohibition of open grazing and movement of cattle, as well as the ejection orders to groups who have been illegally and forcefully occupying forests, are pertinent and indisputable.”