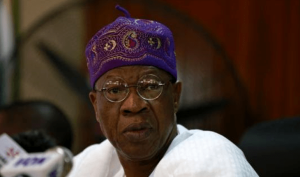 President Muhammadu Buhari-led government on Monday said although the country is facing security issues, the security situation is better than it was during the 2015 government.

The Minister of Information and Culture, Lai Mohammed, made this claim while speaking at a press conference in Abuja on Monday.

The Minister of Interior, Rauf Aregbesola, was also at the press conference.

He said, “I can say without hesitation that, though Nigeria is facing security challenges, the situation is far better than what we met in 2015.”

Lai in his statement noted that before the All Progressives Congress took over power in 2015, bombings by Boko Haram members were being witnessed in about 12 states including Abuja.

He said the situation has changed for the better.

“There is no doubt that we are much better than how it was,” he added.

Meanwhile, the Nigerian police have confirmed the abduction of eight children at an orphanage in the capital Abuja over the weekend.

Naija News learnt that said the incident took place on Saturday night when armed men broke into an orphanage in Naharati village on the outskirts of the capital and abducted eight children.