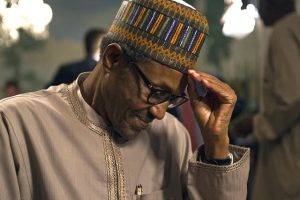 A series of condemnations on Fulani herdsmen across Nigerian states in the recent has been blamed on President Muhammadu Buhari.

Speaking with reporters a few moments ago in Kano State, former Governor of Jigawa State, Sule Lamido, said all the unfortunate name tags, dislikes and condemnation on Fulanis today was because the Nigerian leader who is of the tribe failed woefully in governance.

Lamido said the president has not done well in providing good governance for Nigerians and that was why everyone is now showing dislike for his fellow language people.

The former governor called on the likes of All Progressive Congress (APC) chieftain, Bola Ahmed Tinubu, Rotimi Amaechi and Chris Ngige to come out boldly to defend the Fulanis because they were the one who backed Buhari into office.

Lamido said it is worrisome that the people he mentioned have chosen to be silent over ‘horrible attacks’ on Fulanis despite them benefiting jointly in the government led by a Fulani man.

He said: “Today, Nigerians are so blindfolded on the hates and apparent dislikes of Fulanis because of President Buhari mis-governance, forgetting that not all Fulani’s even voted for him and or like him,” Lamido noted.

“You can see that, myself as a Fulani, I didn’t vote for Buhari and our parties are completely different, but at the same time, the Yoruba’s in Tinubu the Igbos in Ngige and the South-South in Ameachi were the ones who firmly stood behind the President to Win, not even the Fulanis.

“I expect Bola Tinubu, Rotimi Ameachi and the likes of Ngige to come out and frankly speak in protections of the Fulanis because they are behind the election of Buhari who is a Fulani head and who also benefitted immensely from his government not even the herders who are today been persecuted,” he said.

He added that “their criminal silence in the face of the horrible attacks on Fulanis after benefiting jointly in the government led by a Fulani figurehead is worrisome and something like a betrayal of trust to the President and his kinsmen”.

Alhaji Sule Lamido who was speaking to newsmen in Kano, said, ” Nigerians should know that Fulani herders are very peaceful people who pursue
nature and live by nature, they are never violent.”

“Today the Northerners and the entire Fulani race are not in peace. Even in the North, the Insecurity and the killings plus kidnappings created by the APC-led Buhari regime has affected everyone, so to bully them and see them as Nigeria problems is adding dangerous salt to their injuries,” Lamido added.

Meanwhile, gunmen suspected to be bandits have attacked Bassa community in Shiroro Local Government Area of Niger State abducting no fewer than 50 people.

Naija News gathered that the gunmen in large numbers on motorcycles stormed the community on Thursday morning.