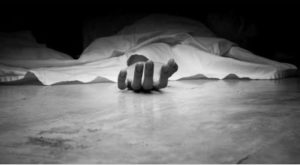 An administrative officer at the Kano regional office of Daily Trust Newspapers, Malam Bello Mohammed, has been found dead after a brief illness.

Colleagues who went to check on him in his rented apartment at Sheka quarters of Kumbotso Local Government Area found the 65-year-old dead on Thursday afternoon.

The incident was confirmed by the Assistant General Manager, Northern Operations of the company, Malam Abdullahi Mainasara.

Mainasara said the deceased had worked till closing hours on Tuesday and complained about a mild fever.

He said some staff were assigned to visit him (the deceased) on Wednesday but did not notice his presence in the apartment.

He said: “When they returned on Thursday, they called his mobile phone but there was no response. This informed their decision to break into the house and found him dead by the bathroom door.”

Mainasara added that the matter was reported to the police who took him to the Aminu Kano Teaching Hospital where he was confirmed dead.

He said the corpse would be conveyed to Daura, Katsina State for burial.