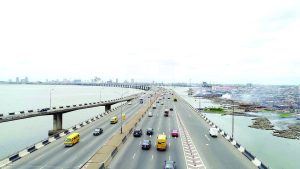 Speaking with reporters on Sunday (today), the Federal Controller of Works, Lagos, Mr Olukayode Popoola revealed that the bridge would be reopened for use again at midnight of Jan. 31.

Popoola said the route as from midnight of Sunday would be free for motorists to ply as the contractor was able to complete the repair works on Saturday.

He said: “The casting of the expansion joints was completed on Saturday. Therefore, the Third Mainland Bridge will be opened by midnight of Jan. 31.

“Motorists can start plying the bridge as from midnight,” Popoola added.

The Minister of Works and Housing, Babatunde Fashola, had earlier said that the Third Mainland Bridge would be reopened by February 15, 2021, Naija News recalls.

Fashola stated this on Thursday during the inspection of construction work on major roads and bridges in Lagos State where he revealed that after the reopening of the Third Mainland Bridge, work would begin on the Falomo Bridge.