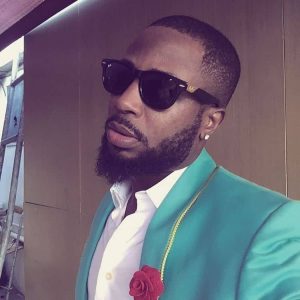 The pastor made the submission on Friday as he also declared that he has started praying for Ednut and he is sure the celebrity will come out victorious.

Before then, the photo and video sharing social networking service had earlier suspended Ednut’s account [@tundeednut] which has over 2 million followers for allegedly violating its community terms.

However, according to Apostle Omashola in a recent video shared on social media, Tunde Ednut is fighting a spiritual battle.

“Hey guys I’m pastor Omashola. Tunde Ednut’s case is a spiritual case, and by God’s grace I’m handling it he’s my spiritual son and I’m praying for him and hopefully in faith he’ll come out stronger and better,” he stated.

Meanwhile, Sotonye Dyblin-Green, an upcoming Nollywood actress has passed away. Reports alleged that the actress died from COVID-19 complications.

Confirming her demise, Debby King, who is her ally in the industry revealed in a post on her Instagram that Green gave up the ghost on Monday, January 11.

Naija News understands that the upcoming actress had spent days at the Yaba COVID19 Isolation centre.