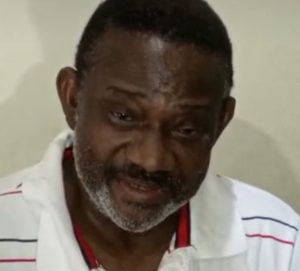 Veteran television broadcaster, Bisi Olatilo, has denied the rumour of his death, saying he is alive and doing good.

In a video released on Thursday, Olatilo also refuted reports that he had died of COVID-19 complications in a hosptal in Lagos.

According to the 67-year-old, he is currently receiving treatment in a hospital for an undisclosed illness. He noted that his doctors are working to see that he comes out of the hospital hale and hearty.

However, the broadcaster thanked his pastor and well-wishers for their messages. Olatilo also appreciated his wife, for her support and love since he fell ill.

He said: “So here that I am receiving treatment; all the doctors you know in different departments they are working in tandem to see that this man comes out, finally, very well.

“And I thank my father-in-the-Lord, Pastor Wole Oladiyun, who has been ministering and I have five star generals all over the place, even my wife; tell me what can I do without my wife?

“She keeps telling me I have been advertising her 40th year, so this year ademamuje lagbara olorun; we have marriages to face. And all of those who have been calling us have been expressing good wishes for us.