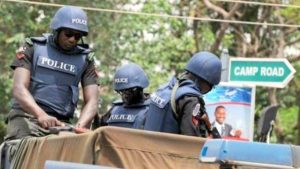 The federal government of Nigeria has been challenged to critically address the welfare of officers and men of the Nigeria Police Force if maximum productivity is expected from them.

A former Assistant Director of the Department of State Services (DSS), Dennis Amachree submitted that the morale of most police operatives is low as a result of years of neglect suffered from the government.

He argued that policemen that are not well taken care of find it difficult to concentrate on doing their job optimally, and therefore urged the government to look into the issues of police welfare urgently.

Amachree who spoke during an appearance on Channels Television’s Sunrise Daily, added that apart from underfunding, the Nigeria Police Force is also understaffed.

He argued that with about 400,000 policemen expected to carter for a population of about 200 million Nigerians, it is expected that police operatives will sometimes be overwhelmed.

“A police officer who has to buy his uniform becomes a problem when he gets into the street,” Amachree stated.

Meanwhile, Governor Rotimi Akeredolu of Ondo State has called for the establishment of State Police to help the war against insecurity.

According to the governor, the insecurity rocking the nation has made the need for state police necessary.

Akeredolu stated that the best way to tackle the country security challenge was for the creation of a multi-level policing system.

He stated that the Nigerian military needs modern equipment to help in their fight against insurgents and other criminalities in the country.