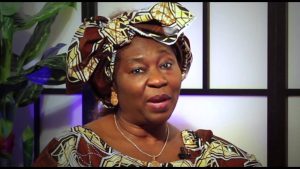 The late Ketebu was President, National Council of Women Societies, Secretary to Bayelsa State Government, a House of Representatives member, among others.

Reacting to her death, President Muhammadu Buhari expressed sadness over the death of the former Ambassador.

He expressed his sadness in a statement on Sunday by his Senior Special Adviser on Media and Publicity, Femi Adesina.

He condoled with the Ketebu family, Bayelsa government, as well as friends and colleagues.

Buhari prayed that God will grant repose to the soul of the departed medical doctor-cum-diplomat, and comfort all who mourn her.

Meanwhile, Naija News reports that a former Minister of State for Finance and Minister of Commerce and Industry, Senator Jubril Martins-Kuye, is dead.

His death was confirmed by one of his children, Bolaji, and the Chief Press Secretary to Governor Dapo Abiodun, Kunle Somorin.

Bolaji told The Punch, “I can confirm to you that he passed on about 10: 05 this morning. It was a painful loss to us, but, we give glory to God for the impactful life that he lived while he was alive because he touched the lives of many people.

“He died in his residence at Victoria Garden City, Lagos.

“We are about to convey his remains to his home town where he would be hopefully interred by 4 pm, according to Islamic rites.”