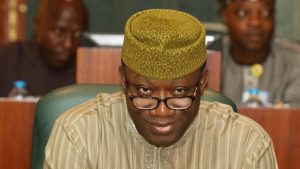 Ekiti State Governor, Kayode Fayemi, on Sunday, relaxed the 8 pm to 6 am curfew and other restriction imposed on the state.

The Commissioner of Information and Values Orientation in the state, Akin Omole, disclosed this in a statement released in Ado Ekiti, the state capital.

Omole disclosed that the state government has directed public and private schools in the state to re-open for the second term of the 2020/21 session from Monday 18th January 2021.

He further stated that the restriction of a maximum of 20 people in confined spaces was also removed to allow the half capacity of venues for all events indoors and social distance of two-meter spacing for outdoor activities.

The Commissioner in the statement released on Sunday night added that the restrictions earlier placed on the number of religious services had also been lifted.

He, however, warned that permits must be obtained from the State COVID-19 Taskforce for funerals, weddings, birthdays, and other large social gatherings at event centres, including hotels, pavilions, fields before the events can hold.

“All activities limited to between one and two hours maximum period are encouraged to minimize infection risk.”

“Government workers on grade Levels 12 and below are still excused from work until further notice,” the statement said.

The Commissioner noted that schools were reopened in the state to avoid the negative impacts on child health, education, and development.

He stated that the reopening of schools in the state would allow students to complete their studies and continue to the next level without avoidable additional burdens on family income and the overall economy of the people.

Omole disclosed that random testing of teachers and students would be carried out without delay.

He called on school administrators and teachers to use infrared thermometers to monitor the temperature of everybody in their respective schools.

He emphasised that the government would not hesitate to close down any private or public school with problems.

The commissioner called on the people of the state to follow all measures put in place to curb the spread of the virus.