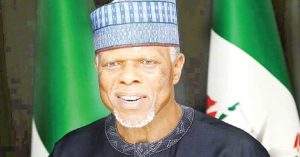 Car buyers in Nigeria would from next week start enjoying mouthwatering slash on imported vehicles.

The development was made public by the Comptroller-General of the Nigerian Customs Service, Hameed Ali, Naija News reports.

Speaking during an interview with newsmen on Tuesday, January 26, Ali revealed that the service is awaiting official communication from the Finance Ministry to fully effect the development.

He disclosed that the vehicle tariff reduction is contained in the 2020 Finance Act and initiated by the NCS to ease the cost of transportation in Nigeria. “I have been torn apart by many people criticizing the new tariff, saying I used my connection to get it done but this is in the interest of Nigeria,” he said.

He added that it is now a law and that the service is only waiting for the finance minister to give them a formal conveyance of the Act.

“Once it is released, we will commence full implementation immediately. We are only hoping that by next week, it will become operational,” Ali reitereated.

Meanwhile, the Federal Government has revealed when the new salary structure for the Nigeria Police Force (NPF) will commence.

Naija News reports that this was revealed by the Acting Chairman of the National Salaries and Wages Commission (NSWC), Ekpo Nta.