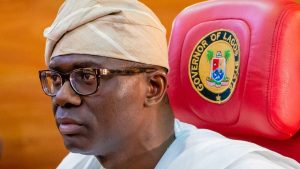 The Lagos State government has postponed the resumption of state civil servants on Grade Level 14 and below who had earlier been instructed to resume duties on February 1, 2021.

The state government in a statement on Sunday by the Head of Service, Hakeem Muri-Okunola, directed the workers to remain at home till February 26, 2021.

The statement noted that the postponement is as a result of the rising cases of COVID-19 infections in the state, noting that some of the cases recorded in the past few days were from some public servants in the state.

Based on this, the statement noted that the State governor, Babajide Sanwo-Olu has therefore extended the work from home directive to affected workers.

The statement reads: “Lagos State Governor, Mr. Babajide Sanwo-Olu, has extended the work from home directive to all state public servants on Grade Levels 14 and below from Monday, 1st February to Friday, 26th February, 2021.

“A statement signed by the Head of Service, Mr. Hakeem Muri-Okunola noted with concern that pockets of Coronavirus infections had been observed among public servants in the state.

“Muri-Okunola stated also that the directive is in line with the Presidential Order on Coronavirus Disease (COVID-19) Health Protection Regulations which states that no gathering of more than 50 persons shall hold in an enclosed space.

“He advised staff to stay safe by observing all COVID-19 protocols such as the use of face masks, physical distancing and regular washing of hands with soap and water as well as the use of hand sanitisers.

“Muri-Okunola reiterated that the directive excludes Essential Duty Staff, First Responders, as well as Officers saddled with assignments in the weekly Duty Rosters of their respective Ministries, Departments and Agencies (MDAs).”

Meanwhile, as earlier reported by Naija News, the Lagos State Governor, Babajide Sanwo-Olu has instructed that any gathering that exceeds fifty persons must not hold in an enclosed space except for religious gatherings.

He added that such religious gatherings shall also not exceed 50% of the total capacity of the state.

Sanwo-Olu who gave the directive on Sunday, 31st January added that anyone found guilty of the directive stands the risk of a fine or six months imprisonment and or both.

The Governor noted that the directive is in line with the COVID-19 Health Protection Regulations 2021 executive order signed last week by President Muhammadu Buhari.