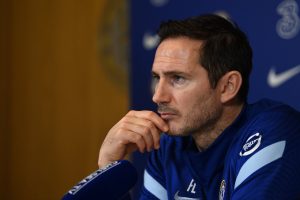 English Premier League side, Chelsea, are set to sack Frank Lampard today (Monday) after leading the club in eighty-three matches since he took over leadership at the club.

There had been an indication that the club owner, Roman Abramovich, will sack the club legend following five defeats in the last eight games.

The decision is coming 24 hours after the blues defeated Luton Town 3-1 in the FA Cup, but their form in the premier league has been discouraging.

Lampard took over the club when it suffered a transfer ban in the summer and achieved the top-four finish last season.

The club, however, this season spent £220 million ($275m) on new signings to try and close the gap on Liverpool and Manchester City.

With the club singing the likes of Timo Werner and Kai Havertz and many others, their performance has been discouraging.

There are speculations that former Paris Saint Germain, manager, Thomas Tuchel might take over at Chelsea.