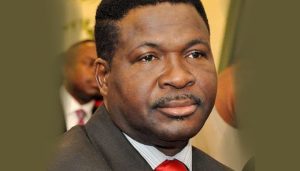 Naija News had earlier reported that President Buhari extended the tenure of the IGP for three months having reached the mandatory retirement age.

“Did you not see what happened in America that we modelled our democracy after? Before Biden was sworn in on the 20th of January, he had already assembled his cabinet, a rainbow coalition, a Dolly Parton’s coat of many colours. By their features, you will see them –Blacks, Hispanics, Americans, Jews, Chinese, Russians, Arabs, African-Americans.”

“Why do we always wait till the last moment to begin to adopt the fire brigade approach and then do the things that are unconstitutional, illegal, unlawful, questionable, arbitrary, whimsical, capricious as the present act of Mr President has done. Don’t Mr President’s handlers know that they are embarrassing Mr President and Nigeria?”

“We have to look at Section 7, Sub-section 6 of the Nigeria Police Act 2020, what does it say? In very emphatic, categorically words, it says that the Inspector General of Police shall serve for four years. Has Adamu served for four years? No. Would he, therefore, continue in office? No.”

“Why? Section 18, Sub-section 8 of the same Nigeria Police Act 2020. It makes it clear, unambiguously that the Inspector General of Police shall retire from office when he would have served for 35 years or he has attained the age of 65 years.”

“Adamu has served this country to the best of his abilities, why don’t you let him retire quietly to his village in Lafia, Nasarawa State and allow him to enjoy his retirement?” the lawyer asked.