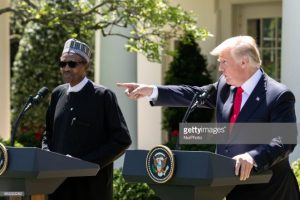 Former Governor of Ekiti State, Ayodele Fayose, on Tuesday, said Nigerians can not wait for the government of President Muhammadu Buhari to end like Americans are waiting for Donald Trump to vacate the White House.

Fayose stated this in a post on his Twitter on Tuesday, some hours to the end of the Trump presidency.

Fayose wrote, “As Americans look forward to the exit of Trump, Nigerians too cannot wait to see the exit of Buhari. The two can’t be forgotten in a jiffy. Buhari will be remembered like Trump because it is obvious that he is the low budget Trump when damages done to their countries are compared.”

“Everything that matters has been destroyed under the watch of Buhari. All the values that we share as a country – economy, security, human rights, rule of law, credible elections and unity of the country have been destroyed.”

Trump will vacate the White House on Wednesday and hand over power to Joe Biden as the 46th President of the United States.