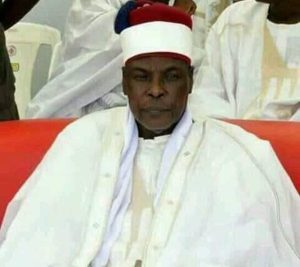 The Shehu of Dikwa, His Royal Highness, Abba Tor Masta II has been confirmed dead on Saturday morning.

The first-class traditional ruler died of an undisclosed sickness in the early hours of Saturday, 23rd January according to family sources.

Additional sources revealed that the body of the late monarch will be buried later today in Maiduguri, the Borno State capital according to Islamic rites.

Alhaji Abba Tor Shehu Masta II, was appointed by the former Borno State Governor Ali Modu Sheriff towards the end of his second tenure in March 2010 as Shehu of the newly created Dikwa Emirate.

As at the time of filing in this report, Governor Babagana Zulum, the Shehu of Borno, Dr Abubakar Garbai Al-Amin Elkanemi, and other government dignitaries were on their way to Maiduguri for the burial of the late royal father.

The Governor and others were in Biu Local Government Area of Southern Borno for the Coronation of the new Emir, HRH Umar Mustapha Aliyu following the demise of his father late last year.

Meanwhile, Gboyega Akosile, the Chief Press Secretary to Lagos State Governor Babajide Sanwo-Olu, has reported the death of an unidentified driver along the CMD Magodo road.

A yet-to-be-identified man was found dead in his car along the CMD Magodo road in Lagos state on Friday, January 22.

The report had it that the lone driver was found cold on his wheel and the cause of his death is yet to be ascertained.