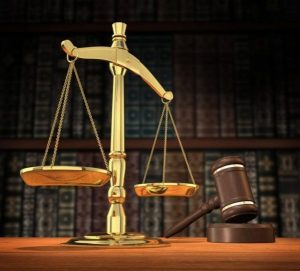 An Ekiti State High Court on Monday sentenced an assistant commissioner of police, Okubo Aboye to life imprisonment for buying a vehicle stolen by kidnappers.

The court, which was presided over by Justice John Adeyeye also condemned a mechanic, Niyi Afolabi from whom Aboye bought the vehicle (a Hilux van) to life imprisonment as well.

The Judge ruled that the accused were both aware the vehicle was stolen property hence it will be wrong of the law not to punish them for the offence.

Earlier, the investigating police officer had told the court that the vehicle was traced to Aboye’s house who confessed during interrogation that he bought the car from his mechanic who got it from kidnappers.

The offence was committed “on or about the 9th -19th day of May 2005 at GRA, Ado Ekiti. The kidnappers then armed themselves with guns and kidnapped one Moses Ajogri 40 and robbed him of his Toyota Hilux van with Reg. No. APP 509 BK.” the charge sheet noted.

Delivering judgment on Monday, the judge ruled that: “Kidnapping people for ransom is very rampant in not only the state but in Nigeria as a whole.

“The court will be failing in its duty to protect the members of the society if adequate punishment is not given to the accused persons.

“I find you guilty of receiving stolen vehicle. All evidence pointed to the fact that you were aware that the car was stolen. You are hereby sentenced to life imprisonment for the offence.”

Naija News reports that the sad incident happened on Friday, January 15, 2021, as the driver attempted to dodge a pothole but lost control of the car.

According to some residents, the children, four girls and two boys were playing football when the vehicle swerved and killed them‎.

The incident, however, provoked anger as the community residents immediately blocked the road and burnt the Mercedes Benz.