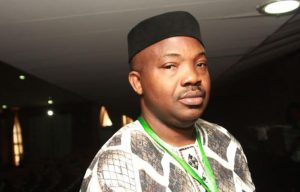 Bauchi State Governor, Bala Mohammed, has been condemned by the Pan-Yoruba socio-political organisation, Afenifere for justifying the use of AK-47s by herders across the country.

Recall that Mohammed faulted the quit notice issued to Fulani herdsmen in the South-West, he noted that the decision of some Governors in the region is wrong.

The Bauchi State Governor added that people from other regions live in the North and none of them has been issued quit notice.

Governor Mohammed on Thursday also justified the use of AK-47s by Fulani herdsmen. He claimed that they are carrying the weapon for self-defence because cattle rustlers are attacking them.

Mohammed had said: “On the herders-farmers’ clashes, you have seen what our colleagues in the South-West are doing and some of them in the South-East. Some of us told them with all modesty and humility – you are wrong.”

“We have Yoruba people in Bauchi for over 150 years, even before the birth of Nigeria. Nobody has told them to go; some of them have risen to become permanent secretaries in Bauchi, Gombe, and Borno.”

“And now, the Fulani man is practising the tradition of trans-human, pastoralism; he has been exposed to the dangers of the forests, the animals, and now, the cattle rustlers, who carry guns, kill him and take away his commonwealth, his cows, he had no option but to carry AK-47 and defend himself because the society and the government are not protecting him.”

The spokesperson of Afenifere, Yinka Odumakin, while speaking with SaharaReporters on Friday said the Governor of Ondo State, Rotimi Akeredolu, never asked herders to leave the state but its forest reserves.

Odumakin faulted the governor for comparing those “carrying arms” to other Nigerians.

He said, “The governor of Bauchi is one of the troubles of Nigeria. That governor needs to be checked. How can you be defending those who are carrying arms to other Nigerians? Has he ever issued a word of commiseration to those who lost their lives? He has never done so.”

“There is no South-West governor who has asked herdsmen to leave the South-West. Only Governor Akeredolu said ‘quit our forests’, are the animals that they want to live in the forest? Are there Yorubas in Bauchi who say they want to live in the forest in Bauchi, how can he say his criminals should come and be living in our forest when none of our own people is living in their forest?”