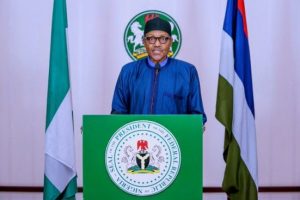 The presidency has given more details on the sacking of the nation’s service chiefs and the appointment of fresh ones by President Muhammadu Buhari on Tuesday.

The President’s Special Adviser on Media and Publicity, Femi Adesina noted that Buhari didn’t replace the service chiefs due to pressure from Nigerians but because the time was right.

He noted that the president felt it was time to rejig and inject fresh people into the system, adding that the appointment and firing of service chiefs is an exclusive constitutional preserve of the president which he carries out according to his prerogative.

Adesina said on Channels TV: “The President knew the time to do it and I believe the time has come and that is why it has been done.

“I don’t think it is a matter of right or wrong, it is just a matter of doing what is best for the country at the best time.

“It will not be right to say one side was right or one side was wrong because the President even in the statement we issued, also commended the outgoing service chiefs for their contribution to engendering a safer country.

“That shows that by and large, he was satisfied with their performances and he just felt it was time to rejig the system; have fresh energy, have fresh blood, have fresh ideas”.

Meanwhile, as previously reported, Mr. Adesina also noted that Nigerians are not in the position to assess the service chiefs.

The Presidential aide while speaking on Channels TV said, “You and I would not be able to assess them because we are civilians. To use the word of the military, we are bloody civilians. We would not know. So, we are not in a position to assess these service chiefs and why they were appointed.”

He added that his principal did a thorough job in coming up with the four newly appointed security chiefs.

He said, “The style of the president is to call for service records. He would scrutinise many and then he can make up his mind on who is best suited (for the job). Don’t forget that other people like the minister of defence and another retired general he would consult and those who know. And he has come up with choices that he thinks are best for Nigerians at this time.”

Adesina further noted that the appointment of the new service chiefs was not based on a federal character but was based on competence.

“They (service chiefs) are not subject to federal character, it is about competence and ability to deliver. So, the president would appoint whoever he thinks would deliver and to the best level for the country.”