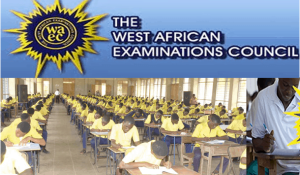 In a statement on Monday, the Head of National Office, Patrick Areghan, also announced the opening of registration for the 2021 WASSCE for school candidates three months behind schedule.

Announcing the release of the WASSCE for private candidates 2020, the WAEC officer disclosed that 39.82 percent made credits in five subjects (including Mathematics and English).

He said: “Twenty Four Thousand Four Hundred and Ninety One (24,491) candidates representing 39.82% obtained credit and above in a minimum of five (5) subjects including English Language and Mathematics.

“The percentage of candidates in this category in the WASSCE for Private Candidates, 2018 and 2019, that is, those who obtained credit and above in a minimum of five (5) subjects, including English Language and Mathematics, were 35.99% and 35.10% respectively. Thus, there is a marginal increase of 4.72% in performance in this regard.”

On the registration for the 2021 WASSCE for school candidates, Areghan attributed the delay in registration to the disruption caused by the COVID-19 pandemic.

“We normally close earlier than now but because of the challenges in the education system, a lot of disruption has taken place. Some schools are still running third term. They do not have any SS3.

“So because of this we had to take time to allow things to stabilise a bit. Today we are going to roll out materials; schools will collect. They will enroll candidates. And the date of the examination would announced later,” he said.