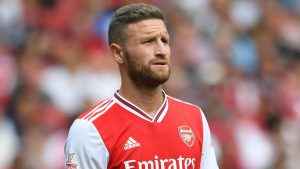 English Premier League side, Arsenal on Monday reached an agreement to terminate the contract of Shkodran Mustafi, Sky Germany reports.

Mustafi had six months left on his contract, but the defender is set to join Germany side, Schalke 04.

The defender will reunite with his teammate, Sead Kolasinac, who left the Emirates on a six-month loan deal.

Schalke will bring Mustafi in as a replacement for Liverpool-bound Ozan Kabak.

The 28-year-old has not started a single league fixture for Arsenal this season.