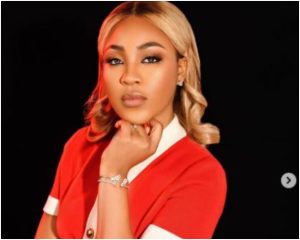 Former Big Brother Naija lockdown housemate Erica Nlewedim, has revealed the exact type of friends people should stay away from.

This comes after the Twitter user, simply known as Aura Cool made a post about friends who becomes moody when you start doing well in life.

Reposting the tweet, the fast raising actress said people should stay away from friends who are not happy when one is making it in life.

According to the reality star, such friends often use headaches as excuses when asked what’s wrong or try to compliment their friends the wrong way.

”Lol, and they give you excuses like a headache when you ask them what’s wrong or they start complimenting you in an insulting way”

Meanwhile, Erica Nlewedim recently took to social media to brag about the Caliber of women following her on Twitter.