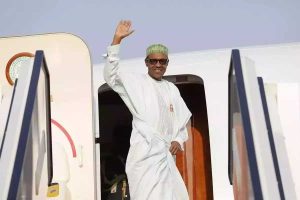 According to information gathered, the President left the presidential villa on Friday afternoon and was welcomed by the state Governor, Aminu Masari at the Musa Yar’adua Airport in Katsina.

The Punch noted that the President during his private visit to his home will participate in the All Progressives Congress registration and revalidation exercise, which he stated is very important for Nigeria’s democracy.

The Presidency in a statement said, “The President considers this exercise as a very important one for the nation’s democracy and its yearning for good leadership as a requirement of the process of nation building.”

“The President is expected to return to the nation’s capital on Tuesday.”

The students, however, were released after six days in the abductors’ den in a faraway forest in Zamfara State.