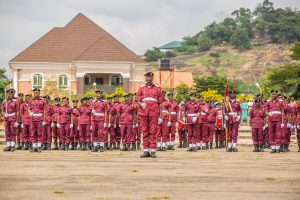 We are outcomes of our society and our society is a consequence of our essence. We live by the governing examples and norms of our community and we cannot be more than what we settled to be — most especially when we are averse to change and unwilling to disrupt the punitive order. Simply, we cannot exist outside the prevailing moral and cultural dome. Our law enforcement agencies are a reflection of the ugly underlay of our society.

I believe even if the best police or security agencies in the world were transposed to Nigeria, in no time, they will become afflicted by the general societal malaise – corruption, brutality, bribery and indiscipline. Every society gets the kind of police it deserves. According to Robert F Kennedy, politician and brother of assassinated US President John F Kennedy: ‘’Every society gets the kind of criminal it deserves. What is equally true is every community gets the kind of law enforcement it insists on.’’ The fact is we cannot address the police or law enforcement problem in isolation of the societal rot and decay.

We cannot give what we do not have and we cannot get what we cannot afford. The men in uniform are Nigerians; they are a part of society. And they were socialised into the systemic filth and putridity.

When Nigerians railed against the abominations of the Special Anti-robbery Squad (SARS) in 2018, the police authorities under Ibrahim Idris succumbed to renaming the unit as Federal-SARS and to ‘’overhauling’’ the squad. But what did that achieve? Nothing. Nigerians emptied themselves into the streets in October 2020 to demand an interment of the same police unit in a protest that wore on for days. SARS or F-SARS had persisted in its abominations against citizens.

The police authorities under the new inspector-general of police, Mohammed Adamu, capitulated to the demands of citizens on SARS. The federal government also made pronouncements on reforms and ensuring justice for victims of police malfeasance. But what has changed? Nothing. Police still brutalise citizens daily. In fact, only a few weeks ago some police officers beat up Omoyele Sowore breaking his nose and giving him an indelible scar on the head.

Every society gets the kind of police it deserves. Indiscipline, corruption and oppression appear to be the working module for being a Nigerian. And oppression is implicit in the way Nigerians treat one another. You can be locked up in a dingy cell for causing even a nugatory offence to a Nigerian ‘’big man’’. You hear some Nigerians brag, ‘’I will send you to jail because I have more money than you do to pursue a case’’. Let us not gaslight our own complicity in the law enforcement problem in Nigeria. We hold a sizeable stake in law enforcement corruption and oppression.

Amotekun was born out of necessity. Owing to the undisputed failure of the federal government to secure the country, governors of the south-west set up the security outfit. It was an endgame recourse. With bandits kidnapping and killing citizens in the south-west and with most roads in the region under the operative violence of these criminal gangs, Amotekun became inevitable.

I must say, the corps is a critical asset to addressing the security challenge in the south-west because the federal government is prodigiously vacuous about how to roll back insecurity. But Amotekun may have become afflicted by the mainstream indiscipline and oppression. The corps was reported to have killed 11 citizens in three weeks. This is tragic. Of concern is the case of Tosin Thomas, a 23-year-old who was shot dead by an operative of Amotekun at a petrol station in Ibadan, Oyo state – for no reason at all. It is disturbing that in just six weeks of its operation; Amotekun has reportedly killed 11 citizens extra-judicially.

But why is there no outcry or outrage over the killings? 11 human lives terminated in three weeks? I think Nigerians are inclined to selective outrage – based on ethnicity, religion or whoever is controlling the narrative.

There have also been allegations of ethnic-profiling and targeted attacks against the corps. Really, it has become clear that government institutions, whether federal or state, no matter their good intentions can succumb to the systemic corrosion.

WHERE DO WE GO FROM HERE?

However, I must say, Amotekun’s response to the killing of the 23-year-old by its operative was quick-witted, decisive and responsible. The corps immediately sacked the operative, Afolabi Kazeem, after establishing he fired the shot that killed Thomas, handing him over to the police for prosecution. It also sacked the head of the team which led members of the corps on the ill-fated operation. This is leadership. Amotekun took responsibility for the offence. The corps did not have to set up panels after panels to do the right thing. This is the way to go. The police and other security agencies can learn from this. You cannot enforce discipline in the force when you shield yourself of responsibility for a wrong done by your own. Policing must begin with the police. The police must police their own men. There must be consequence for every rogue behaviour. But I know this could be a tough call for our police.

By Fredrick Nwabufo; Nwabufo is a writer and journalist
Twitter @FredrickNwabufo