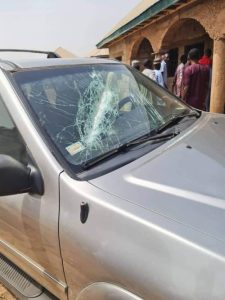 It was disclosed that the APC chieftains were attacked during the party’s stakeholders meeting at Lafiagi, Edu Local Government Area.

A source which spoke with SaharaReporters disclosed that the thugs attacked Abdulkadir and Abdullahi following directives from Governor AbdulRahman AbdulRazaq’s aide.

The source added that the meeting was peaceful until the thugs invaded the compound, chanting cult slogans.

He added that the armed men destroyed a vehicle belonging to a chieftain of the party.

It was reported that the incident was due to the differences between the Kwara State Governor and some party leaders led by the Minister of Information and Culture, Lai Mohammed.

Recall that members of the ruling All Progressives Congress (APC) party in Kwara State on Wednesday engaged in a free for all fight during a stakeholders’ meeting.

The meeting which was reportedly held to find a solution to the lingering crisis in the Kwara chapter of the party which has already left APC factionalized in Kwara, however, turned bloody.

According to videos seen by our correspondent, members of the party started throwing chairs at one another, disrupted the entire meeting and the venue while personal properties including cars also got damaged. 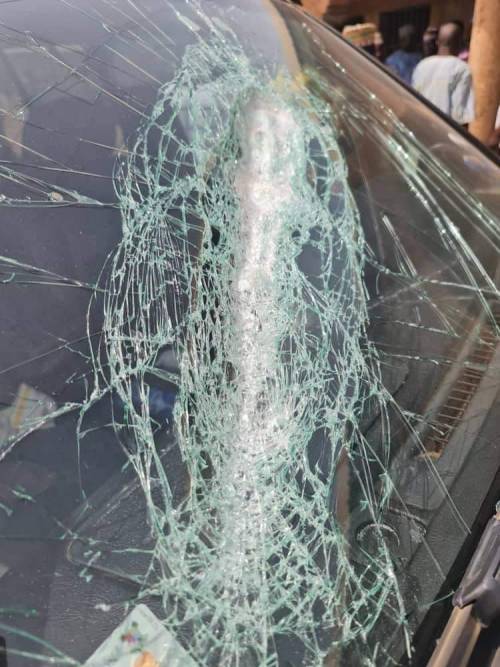