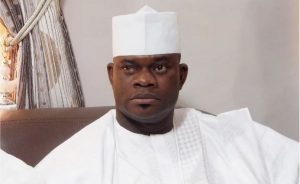 In a statement on Friday, Commissioner for Information and Communications, Kingsley Fanwo, said nothing of such happened in the state.

Fanwo asked Nigerians to be careful of sharing fake news and videos, saying such baseless speculation could spark tension on the state.

He added that the fire incident that happened in the area was caused by indiscriminate bush burning by unknown persons.

The commissioner said those responsible, no matter their tribe or position, would be made to face the full wrath of the law.

Fanwo noted that Kogi State enjoyed peaceful coexistence with the Fulani, Bassa, Nupe and other communities living or doing businesses in the state.

The statement reads: “As we continue to investigate the cause of the inferno, we sue for caution in making statements that can undermine the peaceful coexistence of the people of Kogi State and other ethnic groups in the state.

“Education remains number one on our thematic areas. As a government, we will resist any form of attack on facilities where we are building the generation-next Kogites that we expect to be sound academically and believe in the unity of our dear nation.

“We sympathise with the Iluke community and all those affected directly and indirectly by the inferno.

“The Governor of Kogi State has directed for the immediate rehabilitation of the school to ensure academic activities are not affected.

“He has also directed the Ministry of Education, Science and Technology to immediately put temporary measures in place to ensure students at the school continue with their education unhindered.

“The people of Kogi State should continue to trust government to protect them against any form of violence and other crimes.”