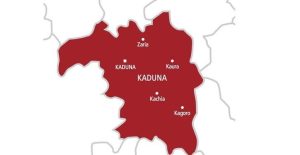 The Commissioner for Internal Security and Home Affairs in the state, Samuel Aruwan, while confirming the incident, on Saturday, noted that security agencies informed the state of an attack on Maskoro community of Kakau Ward, and Akunakwo of Gwagwada Ward, both in Chikun local government area.

Aruwan disclosed that the attack at Maskoro led to the death of two people while two others were killed at Akunakwo, all in Chikun LG.

The Commissioner identified the victims at Maskoro as Nehemiah Ishaku and Yunana Mai-Mulo while Haruna Dogo and Danjuma Jagaba were killed at Akunakwo.

He added that an attack between Hayin Inji and Kidandan town in Giwa Local Government led to the death of one Alhaji Yahuza Jinaidu in a bid to dispossess him of his motorcycle.

Aruwan disclosed that one of the victims, Kabiru Lado, eventually died as he was being rushed to hospital while others were receiving treatment, with some having been discharged.

He noted that the state Governor, Nasir El-Rufai expressed deep sadness over the attacks and prayed for the repose of the souls of those killed while sending his condolences to the bereaved families.

Aruwan said investigations are ongoing into the incidents while vigorous patrols continued in the general areas.