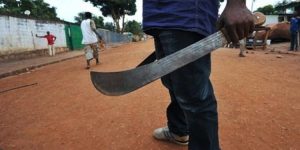 Naija News learnt that the disturbing situation on Thursday morning, January 21, sent some residents away from their homes to seek protective cover elsewhere.

A source who pleaded anonymity told newsmen that one person was beheaded and two were killed in the fresh clash. The source urged political stakeholders to intervene as the misunderstanding between the two warring community is becoming disturbing than ever.

”The situation in Mbo Local Government Area is still very scary as we speak. Many have fled their homes to seek protective cover elsewhere. This morning there was an attack and two people were killed and one beheaded,” the source revealed.

Reacting to the report, the State Police Public Relations Officer, Odiko Macdon said the command can testify to two casualties at the moment.

He said: “So far, we have confirmed two casualties, our officers and men are still on ground to restore normalcy to the communities. We call on the political class and other critical stakeholders to intervene too.

“All parties must as a matter of urgency and for the good of the inhabitants and the State at large, sheathe their swords and give peace a chance to prevail.

“The commissioner of police, Andrew Amiengheme, has deployed more men, and we will continue to dominate the affected space until normalcy is fully restored.”

Meanwhile, Police have confirmed the arrest of three members of a notorious criminal gang known as the ‘Shilla Boys’ in Yola the Adamawa State capital.

The arrest was confirmed in a statement on Thursday by the spokesperson of the Adamawa State Police Command DSP Sulaiman Nguroje, Naija News reports.