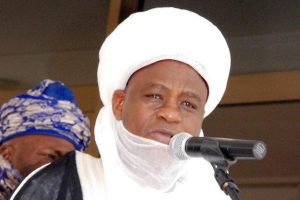 The details of the meeting between the Sultan of Sokoto, Sa’ad Abubakar, and the leadership of Miyetti Allah Cattle Breeders Association of Nigeria (MACBAN) have emerged.

During the meeting on Friday in Abuja, Abubakar asked the association to find workable solutions to the challenges facing herdsmen in the country.

The Sultan noted that members of the association should always be of good behavior anywhere they find themselves.

The monarch stated that it is not every criminality perpetrated in the country that is done by the Fulanis, lamenting the stereotyping of herders.

Abubakar, who is the chairman board of trustees of the association, advised the herdsmen to always respect constituted authorities and shun all forms of acts capable of tarnishing their reputations.

He said: “Even the cattle rearing are they getting money? Their cattle are not competing with the ones you have in other parts of the world that weigh 700 to 800 kilograms per cow.

“The milk output is also not competing with the other ones in the world where one single cow is given an output 50 litres per day.

“We still hold the outdated species of the cow that are weighing not more than 100 to 120 kilograms and given out an output of milk that is not more than three to five litres per day.

“So, a lots need to be done by government, religious leaders, traditional rulers and pastoralist associations.”