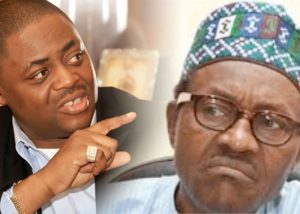 Former Minister of Aviation Femi Fani-Kayode has commended President Muhammadu Buhari for finding the courage to sack his service chiefs.

In a post on his Twitter handle, Fani-Kayode asked the new Service Chiefs to commence work immediately by confronting terrorism.

The Peoples Democratic Party (PDP) chieftain urged the new security heads to ensure the protection of lives and properties of Nigerians.

Fani-Kayode: “I commend Buhari for finding the courage to change his Service Chiefs. Let us hope that the new ones make a difference.

“They must hit the ground running& confront the menace of terrorism. They should send every terrorist to hell and protect the lives and property of the people.”

Naija News recalls that President Buhari on Tuesday appointed new service chiefs for the nation after he sacked the previous ones.