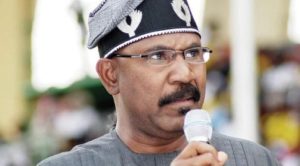 The Federal Ministry of Health has revealed why it is yet to submit a budget proposal to the National Assembly for the procurement of COVID-19 vaccines.

Recall that the Minister of Health, Dr Osagie Ehanire, had on December 22, 2020 told the Senate that the Federal Government would need about N400bn to vaccinate 70 per cent of Nigeria’s population.

The Senate leadership subsequently asked Ehanire to bring a budget while they promised to give it speedy consideration.

But speaking to The Punch on Sunday, the Minister of State for Health, Dr Olorunnimbe Mamora, said the delay in the submission of the budget was due to the ongoing calculations.

He stated that the federal government had not decided what brand of vaccines should be procured, adding that when the budget is submitted the National Assembly would give it swift approval.

“The proposal is not yet ready because we want to be sure that it is well put together so that we don’t go back and forth. The second issue is deciding which vaccines to go for because there are many vaccines in the market and we want to obtain the one that will be suitable for our own situation in terms of storage and cost.”

Mamora also said it was easier for smaller countries to get the vaccines than it was for larger countries like Nigeria with a population of over 200 million.