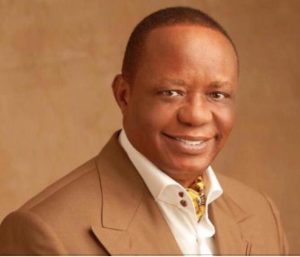 The family of business mogul and philanthropist, Captain Hosa Okunbo, has denied media reports that their son is dead.

In a statement on Tuesday by Dr. Tinyan Okunbo, the family said the billionaire is alive, hale, and hearty. The family also described as malicious and wicked rumour that Hosa has died.

The statement noted that Okunbo only travelled to the United Kingdom on a routine medical checkup. The family maintained that the Chairman, Ocean Marine Solutions Limited, would live beyond the wicked rumour.

It, however, warned rumour mongers to desist forthwith with the spreading of fake news or face the wrath of God Almighty.

The statement reads: “Our attention has been drawn to the malicious and malevolent rumour making the rounds that our son, brother, father, grandfather and benefactor has gone to be with Lord.

“We hereby rebuke this rumour that originated from the pit of hell, and hereby state unequivocally, that Capt Idahosa Wells Okunbo is well, hale and hearty”

“Our brother, son and father will surely live beyond the rumour and God will judge those who delight in peddling fatal wishes on the innocent”.

“We take solace in the fact that similar rumours in the past have been said of great men who had always proved the evil intentions of these wicked hearts wrong, and invariably lived beyond their expectations”.

“For instance, Nigerians have not forgotten the case of Nnamdi Azikwe from whose case, we now draw inspiration that our brother, son, grandfather and benefactor will live to the fullness of his age and beyond in the mighty name of our Lord Jesus Christ. Amen.

“He is already testifying to The glory of God in his life and only God and God alone will take the glory in Jesus mighty name Amen and Amen”.