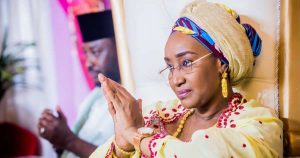 The Federal Government on Tuesday said the Muhammadu Buhari-led administration will pay 24.3 million poor Nigerians N5,000 each for a period of six months.

This was made known by the Minister of Humanitarian Affairs, Disaster Management and Social Development, Sadiya Farouq.

She disclosed this while speaking at the inauguration of the Federal Government’s emergency intervention database for the urban poor.

A statement issued in Abuja by her aide, Nneka Anibeze, the Minister said the intervention would serve as cushion for those further impoverished by the COVID-19 pandemic.

Farouq said: “According to records, about 24.3 million poor and vulnerable individuals were identified at the end of 2020 and registered into the National Social Register.

“Each beneficiary will receive N5,000 for a period of six months.”

Farouq said the intervention database was needed to develop the capacity for rapid response to any emergency including natural or man-made disasters.

Meanwhile, the earlier announced deadline for Nigerians to register and link their National Identification Number (NIN) to their Subscriber Identification Module (SIM) cards, has been revoked.

Naija News understands that the Federal Government had earlier declared that all SIMs not linked with the NIN would be blocked on January 19, 2021.

After many outcries from citizens, the government has now extended the deadline to February 9, 2021. The development was contained in a post on the official Twitter handle of the NIMC on Tuesday.

The notification reads: “All Nigerians and legal residents are advised to enroll for their national identification number (NIN) and link them before February 9th, 2021.