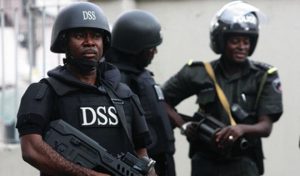 Nigeria’s intelligence agency, the Department of State Services (DSS) has again warned against plans by some people to cause ethnoreligious violence in some parts of the country.

The spokesman of the agency, Dr. Peter Afunanya, disclosed this in a statement made available to Naija News on Wednesday in Abuja.

Afunanya said the latest developments on the alert indicated desperate efforts by these groups to subvert public order.

He said that persons have continued to resort to inciting, unguarded and divisive statements, acts and to pit citizens against one another in order to apparently inflame the embers of tribal and religious discords.

“For the umpteenth time, the Service strongly warns these elements to desist forthwith from their (planned) nefarious acts or face the full wraths of the law.

“The DSS will, in collaboration with other security and law enforcement agencies, take necessary steps to ensure the safety of lives and property of the citizenry,” he said.

On January 11, 2021, the DSS had raised alarm over plans by some elements working with external forces to incite religious violence across the country.

The agency had said the criminal elements had targeted Sokoto, Kano, Kaduna, Plateau, Rivers, Oyo, Lagos, and those in the South East.

It said the plans were to cause inter-religious conflicts and use their foot soldiers to attack some worship centres, religious leaders, personalities as well as key and vulnerable points.