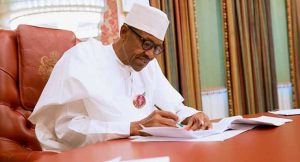 The immediate past ADC, Abubakar, vacated the position to resume a promotion course, after which he would be promoted to the Brigadier-General rank.

A source in the Villa told The Nation that Dodo has been appointed as the new Aide-de-Camp to the President with immediate effect.

“It’s true, the President’s ADC is going for a course, he’s due for the rank of Brigadier-General. He’s due to leave sometime in February, but a replacement has already been shortlisted”, the source said.

Also, a military source, who is conversant with Dodo said: “I already called him to congratulate him. The news is real”.